Builder of the Year Awards

‘Builder of the Year’ is the most coveted distinction a member of Housing First MN can receive. This honor recognizes trust, communication, ethics, and customer satisfaction. John Kraemer & Sons is the only four-time winner of this award. We were named Builder of the Year in 2017, 2013, 2009 and 1999, and runner-up in 2008 and 1997.

In addition to our dozens of regional Contractor of the Year (CoTY) awards, John Kraemer & Sons has also earned National CoTY awards. 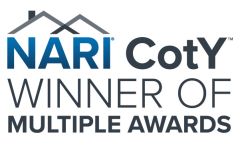 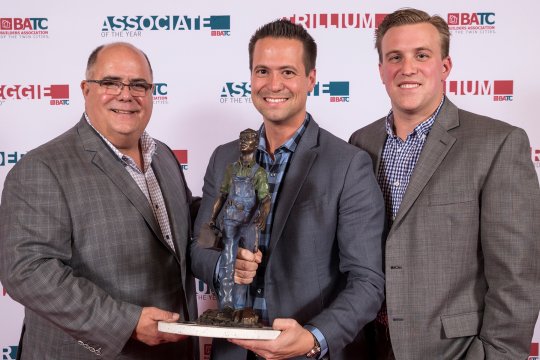 Gary, John, and Jeff Kraemer with their 2017 Builder of the Year Award from Housing First MN 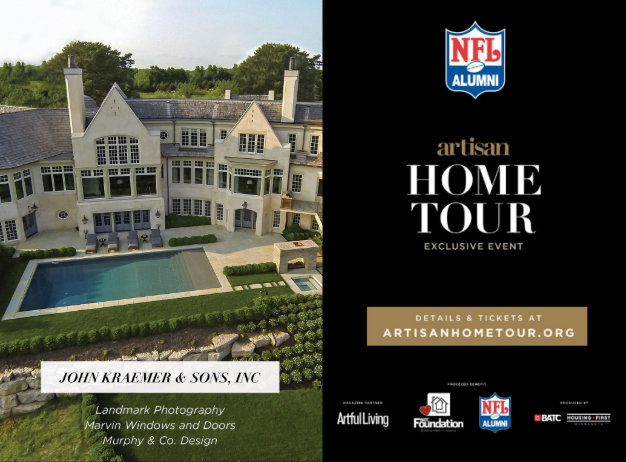 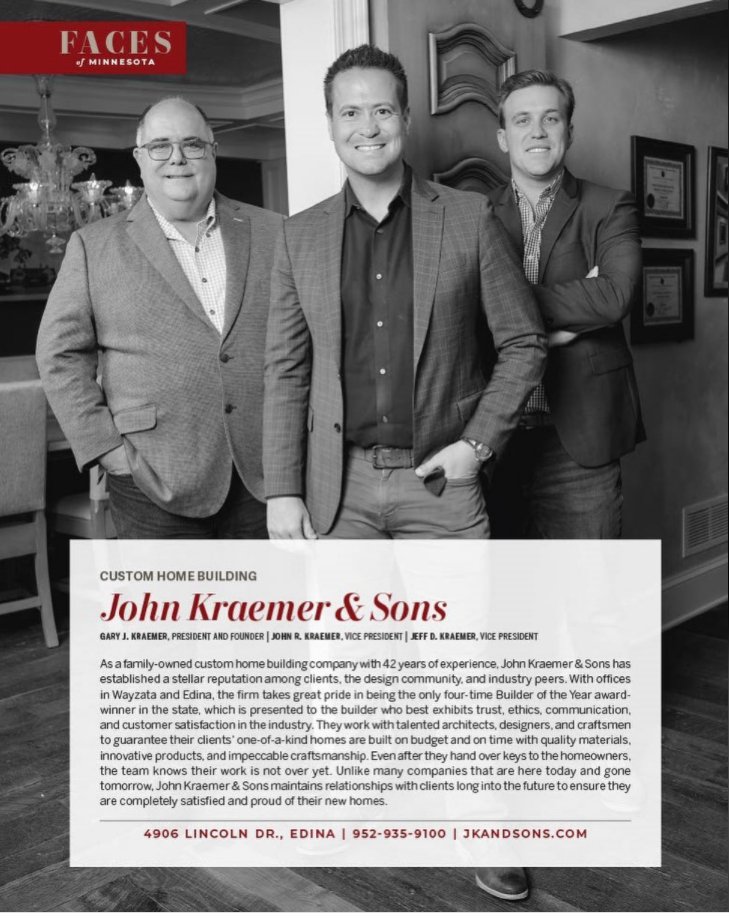 March 2019: Artful Living Magazine profiles “John Kraemer & Sons Crafts a Modern French-Inspired Abode”: A family works with John Kraemer & Sons to build a home that exudes warmth, and nods to the French architecture the homeowners came to love during their Parisian travels.

November 2016: According to the Star Tribune newspaper, Homeowner and designer Ashii Vrohidis had a lot of input in creating and decorating the 2,500-square-foot modern home overlooking Lake Calhoun. But accomplishing all that on “the most complicated lot in Minneapolis” was a challenge. To pull it off, the couple turned to custom builder John Kraemer & Sons. Read the full story.

August 2015: In the Star Tribune, a Minneapolis interior designer’s Georgian-style home makeover is infused with southern comfort and open for tours. Read more.

June 2018: Home Builder Digest posts a list of the best luxury home builders in all 50 states. We are proud to represent Minnesota. See the list here.

December 2016: “Welcome Home: The Most Popular Exteriors on Houzz in 2016” Houzz.com features over 12.5 million photos, and we are thrilled to announce that we had “far and away” the #1 most popular exterior photo on all of Houzz this year!!! Check it out here.

February 2016: “Behind the awards and the amazing custom homes, there is a fantastic story about John Kraemer & Sons.” Architectural Filmmaker Ryan Siemers releases a gorgeous online video called “John Kraemer & Sons: A Story Behind Every Home.” Watch it here.

November 2015: A 1900s Historic Kitchen renovation by John Kraemer & Sons was showcased on the blog for the BATC Parade of Homes blog. Read the full story here.

July 2015: Architectural Filmmaker Ryan Siemers produced a great video detailing the design and construction process of a home we built for the 2015 Luxury Home Tour. See it here.

December 2017: This video about the construction of the 2017 ASID Showcase Home shows the close collaboration required between John Kraemer & Sons, the architect, and the homeowners when creating a dream home.